Is James Harrison being fine unfairly? 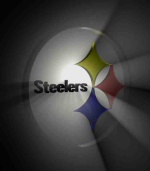 Roger Goodell has rejected Harrison's appeals. I believe some of his hits were illegal, but this Sunday? Well it's a pretty controversial call. If Goodell fines Harrison this week, well it's going to be the signature in the contract, that Harrison is getting targeted by the NFL, more specifically, Goodell.

Roger Goodell sure is gonna be pissed if he has to hand that Super Bowl trophy to the Pittsburgh Steelers though. Being a Steelers fan, I have to say that he doesn't like us. He is doing all that he possibly can to keep us back. All the pro teams are. We saw it last year with the Colts. Does anybody really think that their intentions were keeping their players healthy, and throwing a 15-0 record right down the toilet. No, they didn't wanna see Pittsburgh in the Super Bowl. Not because they hate us, but because they are afraid of us. I know most of you aren't gonna like my opinions, and that's all they are is opinions, but what do you guys think?

Is it that important to the NFL, that they worry more about punishing illegal hits, then actual fighting going on in the field.

Discuss here, are the fines fair, or unfair?

Mattchew wrote:Hes the Poster child for illegal hits. Yes its unfair he does not deserve some of the fines but everything needs a poster child and he won the unlucky lottery.

You pretty much, couldn't have defined this any a better.

Re: Is James Harrison being fine unfairly?